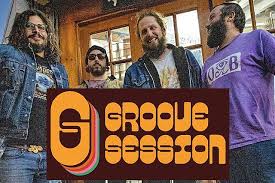 Led by singing drummer Manny Sanchez, along with his younger brother Ronnie Sanchez playing bass guitar and completing an unrivaled rhythm section. Natural harmonies in life as well as voice you can’t help but move once the GROOVE is in SESSION. Brothers Sanchez have now connected with true talents and creative energies in Kyle Merrill on guitar and vocals and Alex Mello on keyboards.  Both Kyle and Alex are respected musicians and road warriors from the band Brothers Gow. The four of them now cosmically have come together as one band joining forces on stage as Songwriters, Jammers, Rockers and Space Funkers United.

“The show was powerful, and it brought out all I love about live music . . . including, of course, lots of really groovy people.” Johnny Shows

Coming from Northern California’s Sierra Nevada foothills, Jonny has created quite a name in his local area. Jonny has been noted in the Mountain Democrat as “Placerville’s hardest working musician – hands down.” Performing at many venues, Mojo plays at local wineries, cafes, and bars.

With a foundation in blues, Jonny Mojo transcends genres blending rock, folk, fusion, bluegrass, jam band styles and more. What really shines through in a performance is his heart felt passion for music.

Although Jonny’s main instrument is the guitar, he also plays harmonica, bottleneck slide and lapsteel guitars, and mandolin. During the 2016 Kate Wolf Music Festival 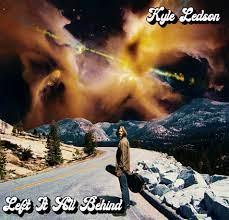 Since age 3, Kyle Ledson has embraced acoustic bluegrass music as his very best friend. Mostly self taught, Kyle has learned the secret tricks to make the mandolin sing. Kyle started writing his own toe-tapping tunes coupled with his crafty lyrics when he was just 8 years old. Now, with the support of his mentors, friends, and most notably his parents, he hopes to fulfill his lifelong dream to become a successful traveling musician.

What’s next for Kyle Ledson and his 8-string mandolin? Kyle will be entering the recording studio this year at Tiny Telephone in San Francisco. Nat Keefe, from Hot Buttered Rum, will be producing his first 6 song EP, all original tunes Kyle wrote himself. 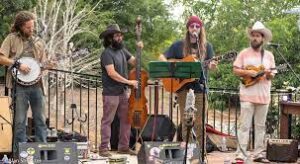 Best known as a local Gold Country Region Band, Caltucky blends bluegrass, country, and soul music with modern jam improvisation that packs the house and gets the crowd boogy-ing down. Influenced by the community, culture, and sounds of the region, they perform music that speaks to fans across the musical spectrum. Their signature style has become synonymous with a diverse collection of melodies and compositions, performing their take on covers, traditional, and original songs. This Band is on the rise, and nothing can stop them from achieving the success they work so hard for, stay tuned, and keep an ear out for Caltucky!

Live! Tonight from San Francisco Rusty StringfieldBorn in San Francisco’s Mission District, this high energy acoustic trio have been spilling out of their corner pub and onto some of the finest stages in town. No song is safe once Rusty Stringfield get fired up, on the street corner or round the campfire. Take a twisted trip from traditional bluegrass to soul, reggae, and arena rock (maybe all at once). Tight harmonies, tasty instrumentals... and a side of whiskey. Prepare thyself for a foot stompin, two steppin good time. Yee-Ha!Russell Ives - Mandolin / Baritone / EruditionRussell Simon - Double Bass / Tenor / MischiefMatt Lauer - Guitar / Bass / Comedy$5.00 after 5:00pm Tickets available @jackrussellbrewery.com/events/PLEASE NO PETS AFTER 5:00 pm ... See MoreSee Less

Here's GrooveSession laying down another one of their good time jams for EMGtv. Check out, "Hold It Together" performed using EMG DG20 single coil pickups a...